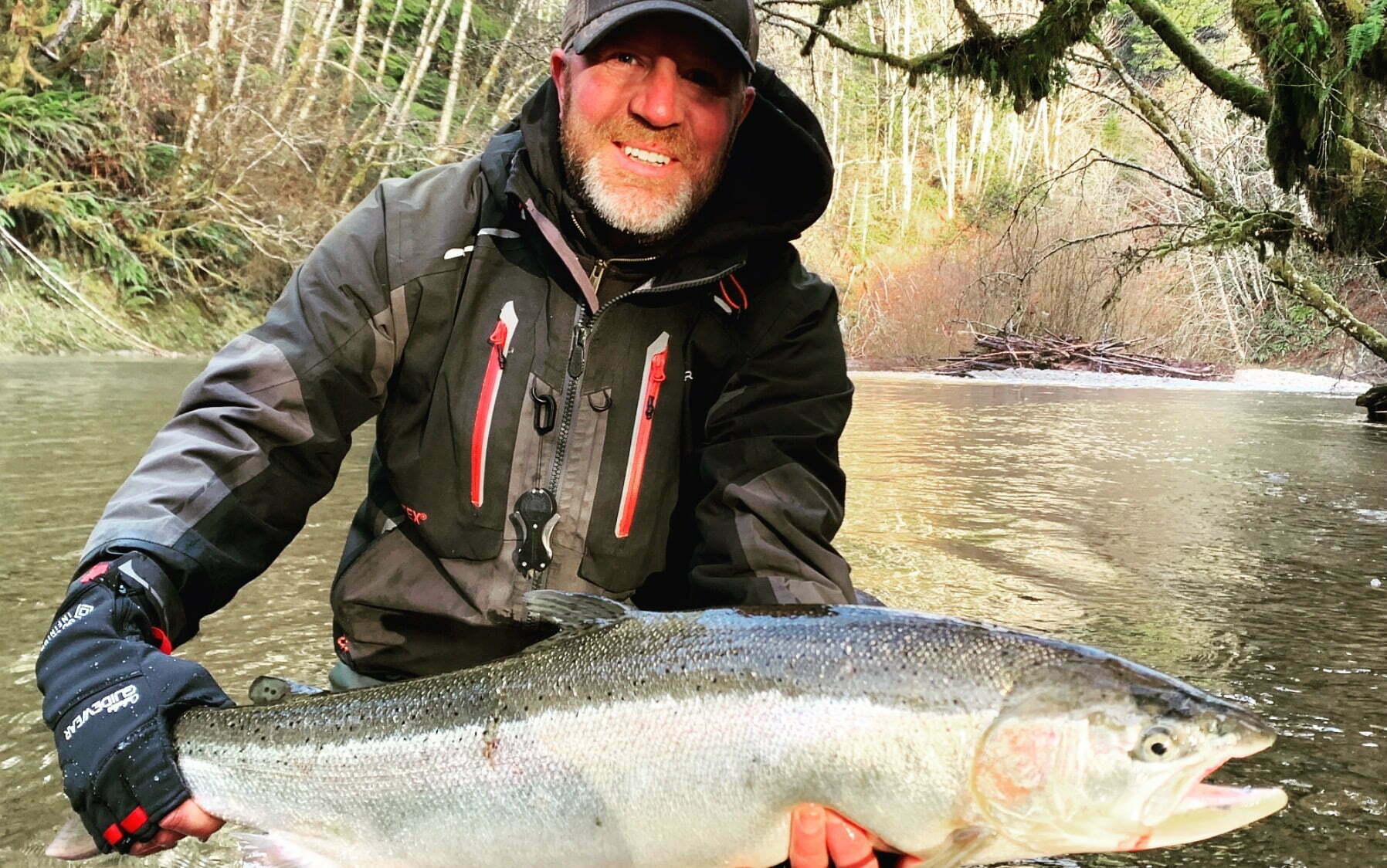 What better way to spend the holiday season than on the water fishing for world class Steelhead? Some of the best steelhead fishing in the world takes place on the Olympic Peninsula in Washington State. This is one of the reasons we decided to make in our company headquarters here. The number of high producing rivers is phenomenal and the coastal rivers on the OP are well known for producing some real monsters. Among our favorite rivers for pursing these beasts are the Bogachiel, Sol Duc, Calawah, Hoh, Queets and Quinault rivers. All of which are known for producing steelhead in the twenty plus pound range.

This Christmas was special however because it’s the first time we’ve worked our beads for winter steelhead in our own back yard. SCB Pro-Staffer Buddy Dupell was definitely up to the task as he began the hike up river with a local fishing guide in search of some of the monsters he’s always heard about. Today we would prove the tale of the tape with a world class steelhead all his own.

Even though this Christmas day was not white and fluffy and covered with snow, the sun was shining but barely penetrated the bitter cold. The water flows weren’t quite optimal as it had been about a week since the last rain, but we are determined to walk away with the win, and we did.

We found a perfect little tail out with a nice pool under an overhang of trees and grass and lush vegetation. Our set up was a 12mm Peachy Keen Stone Cold Bead with about 3 feet of leader under a float. The extra weight from the bead produced the perfect drift and the coloration of the Peachy Keen was all it took. Whammy Fish on! Peachy Keen for the win. The acrobatics were insane. 20lbs of Chrome bright steelhead leaping through the air really gets the heart popping. The thrill of the back and forth of fighting such and animal is hard to explain. After fifteen minutes of life and death struggle this amazing fish lay before us, played out and wanting no more. The catch of a lifetime. Merry Christmas Everyone this year was the best.