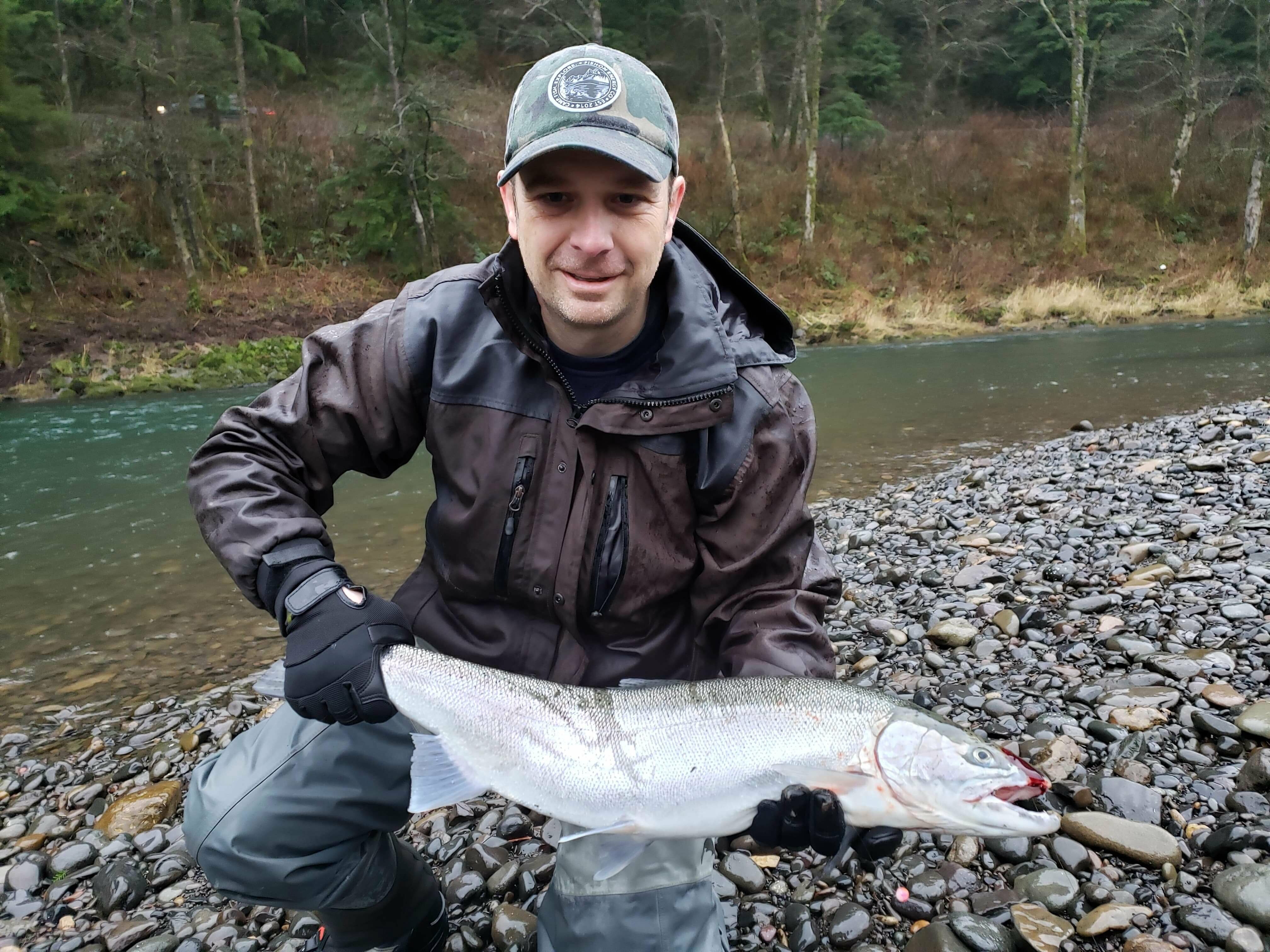 When it comes to bead fishing for steelhead, using artificial lures like fishing beads are among the most effective to catch these beautiful fish. Bead fishing originated in the early 1900’s and has become one of the most widely used attractants incorporated in modern sports fishing lures today. In this article we are going to cover why fishing beads work, selecting colors, salmon egg lifecycle, advanced tactics and more.

Why Fishing Beads works for Steelhead

Fishing beads are so effective because they resemble the natural food source of Steelhead. For a significant portion of a young steelheads life, salmon eggs are their primary food source. These fish wait behind spawning salmon and greedily eat up as many salmon eggs as they can literally as soon as they leave the hen’s body. Male spawning salmon will attack and try to scare off other species to prevent the eggs from being consumed but with minimal effect, especially if there are several trout in the same red or spawning ground.

Since Steelhead is part of the trout family they love salmon eggs and will strike at fishing beads largely out if instinct. This is why beads are such a great lure when fishing for steelhead.

Probably the most important aspect of fishing beads is selecting the right color for the job. Color are important because steelhead tent to trigger of colors that most closely resemble a fish egg for example salmon roe. As we have mentioned in other articles the goal is to match your beads with the different phases of a salmon eggs lifecycle. To coin an old fly fishing term this is generally referred to as “Match the Hatch”.

A salmon egg life cycle begins during the spawning season and ends when alevins emerge from the fertilized egg or the egg dies.  During this period a salmon egg goes through several different changes in coloration and these are the colors you will want to attempt to match when fishing for steelhead.

There are three different distinct phases to look at

Beginning of the spawn

When a salmon egg if fresh or fresh live eggs they are at their most rich coloration ranging from pink, orange, red and a light purple. The key to fresh eggs is their transparency. Natural salmon eggs are transparent almost like colored glass that you can see through.

Middle of the Spawn

Once an egg is fertilized the egg becomes somewhat cloudy losing its transparency during this phase salmon roe might be referred to a milky or mottled. These colorations tend to be most effective during the middle of the run;

End of the spawn

At the end of a span after a salmon egg has been fertilized the embryo will start to grow. This is referred to as an eyed egg phase. If the egg, however, was not fertilized or died we call this the dead egg phase of the salmon egg life cycle. Eyed eggs will look faded in color with a dark spot on them which is the head of the embryo. Dead eggs turn pale and in the final phase look opaque or white.

Now that you have an understanding of the colorations of beads you’ll need to select you should enough information to become dangerous. Make sure to bring a nice variety of colors when you finally do hit that water as in most cases you’ll need to run through a few different colorations till you find a winner.

The difference between fish in the boat and coming home skunked has allot to do with the various techniques applied while on the water. First and foremost you’ll need to be there when the fish are. No matter how skilled an angler you may be, if the fish are not there, you can chalk up all your hard work as casting practice.

Here are some of the most popular and effective techniques employed for catching steelhead with beads.

Drifting beads under a float

Drifting beads under a float is probably my favorite technique when it comes to fishing beads for steelhead. I generally run one to two beads just above the hook and have it anywhere from two to five feet below the flat depending on the depth of the water. I always apply scent to give my beads optimal attractant qualities as Steelhead smell in parts per billion and will almost always on.

Drifting beads off the bottom

Bottom drifting beads is by far my second favorite method of bead fishing for steelhead. This technique employs the use of weight to get the beads down to the bottom of the river but not too much weight as to prevent the beads from going with the current. The idea is to drift the beads across the bottom where generally to fish tend to lie up.

Bottom bouncing is a method primarily used then trolling for steelhead in a boat. As you troll or float downstream allow your weighted steelhead bead setup sink the bottom. Once the weight hits bottom pull up on your pole and slowly let it sink back the bottom again. The goal is to just let it touch the bottom but not drag across it as doing so will generally get you snagged.

Using a trailer bead is a wonderful way to get more beads into the action. This is achieved by running a line from the first hook with another bead and hook attached to it. This provides double the attracting capabilities and has proven effective over and over again.

Another advanced steelhead fishing tactic is to learn to read the water and understand how to fish different areas. Since steelhead fishing is primarily done in rivers and streams one must understand a few important principals. First if where Steelhead tend to hold up.

As steelhead begging their journey upriver there are several types of water that tend to be holding places where these fish will stop to rest before venturing to another section of the river and finally the spawning grounds.

A tail out is a pocket in the water formed by an obstruction such as a rock, tree or bridge trestle. These are areas that steelhead love to hang out and rest or feed when working their way up the river.

Clumps of grass or tree branches that provide cover the steelhead and provide safety from predators.

Deep holes with large pockets of water are a favorite place for schooling steelhead to rest, feed, and even spawn.

Here are a few advanced tactics to help your success on the water. Steelhead are among the hardest fish to catch because of their fierce fighting prowess so read and learn.

The goal of covering water is to get your lure or beads across as much water as possible. When fishing beads for steelhead this is achieved by casting up a river and allowing your setup to drift as far as possible before retrieving. The more water you cover the greater the opportunity.

Since steelhead tend to hide out in tale out you’ll want to try to drift your set up through them. Ideally, you will cast up above the tail our and let your beads drift right by that tail out.

This s a great tactic for catching steelhead hanging out around stumps and overhangs and deep holes. Always cast above the area you believe the fish are holding and allow it to drift by that area. If there are fish there but you’re getting no bites you should consider this next tactic.

Steelhead, as well as salmon and trout, have great vision. Yes, they can see you standing on the bank of a river and guess what? They know you’re a predator. If the fish are spooked there is no way they will bite. You want them to feel as comfortable as possible and hopefully not know or care about your presence. Staying off the water and casting farther is a super effective way to get the bite on high visibility or low and clear water days. I have personally employed this tactic on several occasions that resulted in me taking home my limit while other anglers stood around empty-handed.

Overall the best teacher when it comes to fishing beads for steelhead is practice. Get out on the water, scout the area and learn to identify where the fish are holding then ally the tactics mentioned here in this article. Fishing beads for steelhead is an amazingly good time when you’ve done your homework and found the right bead fishing method that works. We hope you enjoyed our article and stay tuned for more information about bead fishing for salmon, trout, and steelhead.