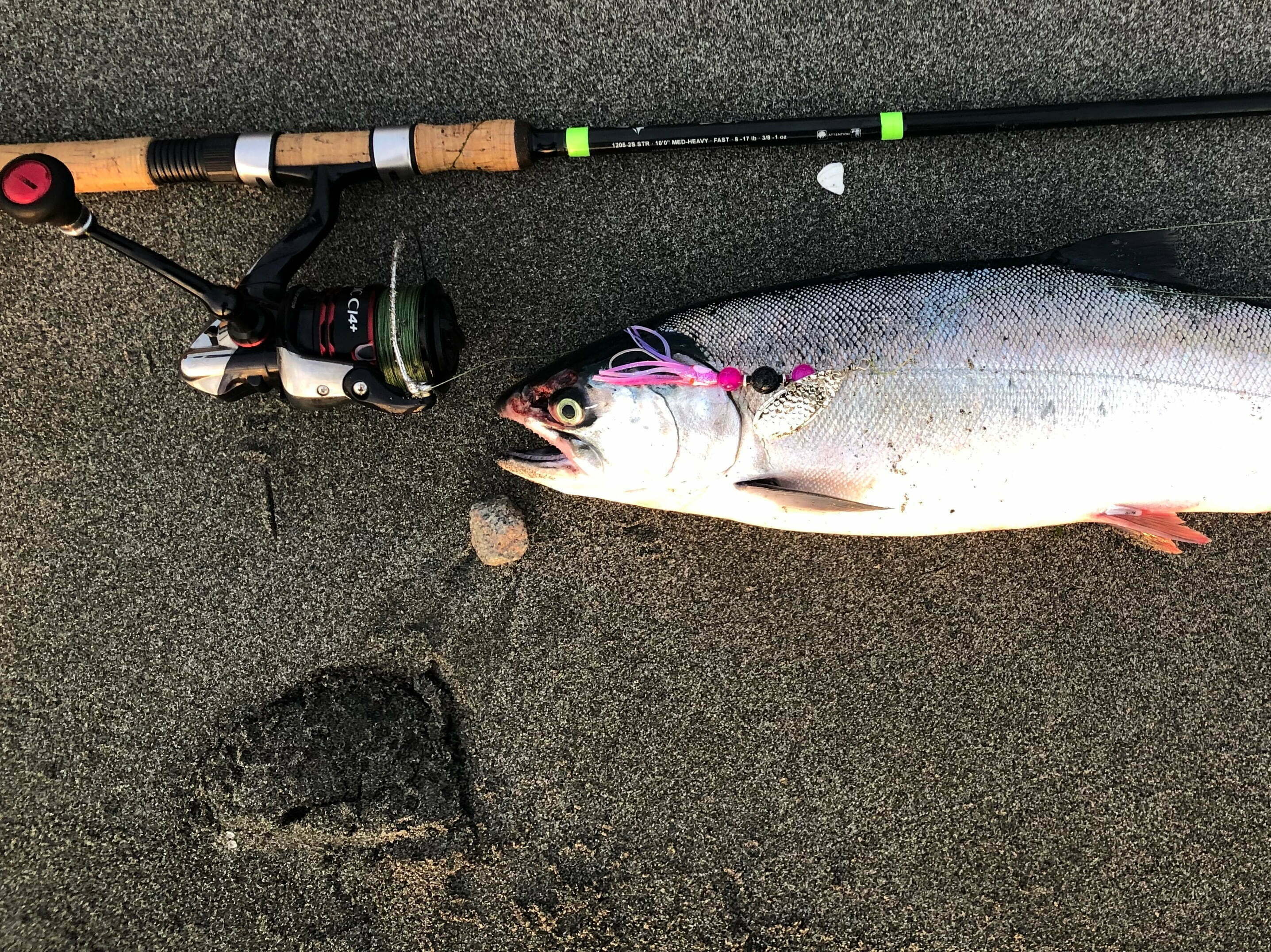 Triple Play catching coho from the beach at Point no Point.

When it comes to fishing for salmon few people can do it better than SCB Pro-Staffer Cliff O’Brien. Cliff is an avid angler and has been a part of our R&D department since day one.

Today Cliff helped us put our Rock & Roll hoochie casting spinners to the test pitching our gear from the bank at Point no Point. At first it was a sea weed nightmare with hunks of sea cabbage clogging up the works, but later the water cleared up a bit and Cliff was able to put our spinners to the test. As you can see, we hit pay dirt. 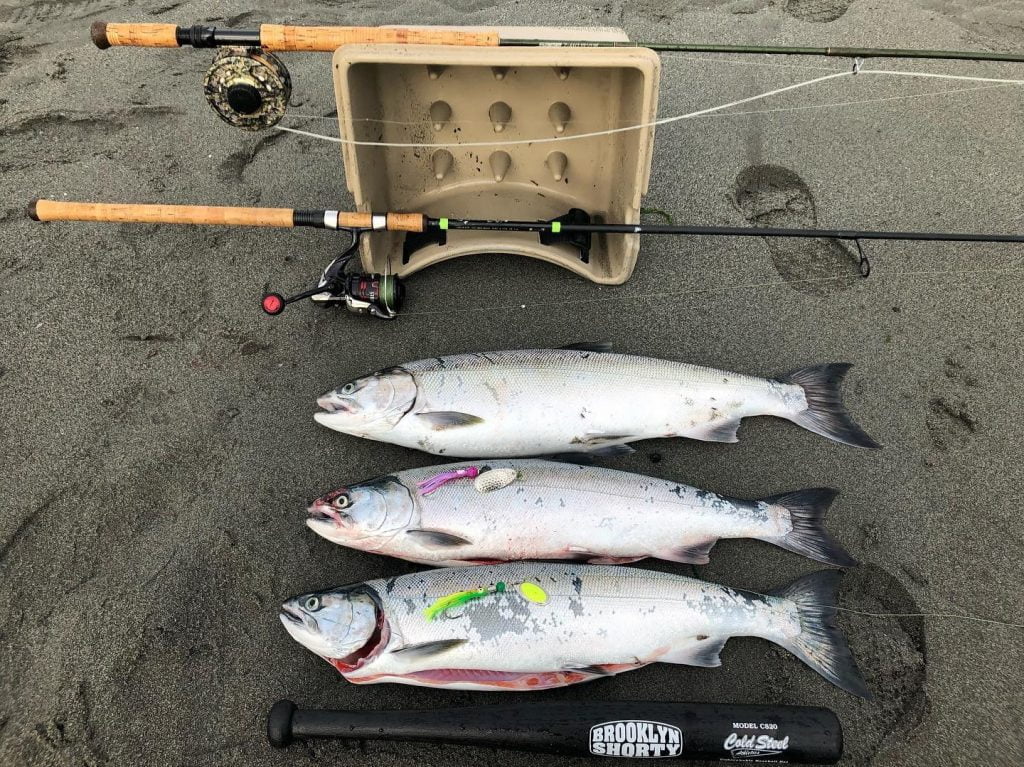 One on the fly and two using our Rock and Roll Hoochie Spinners. Cliff gives a whole new meaning to pound sand bank fishing from shore at point no point in Hansville, WA. After a slow start these guys happened along and after that it was nothing but net! Awesome work Cliff, great to have you on the team.